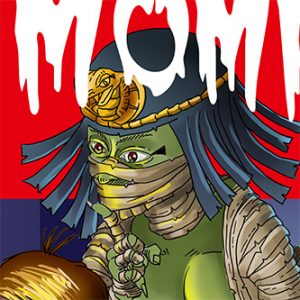 Yeah, yeah, yeah…so I am repeating myself but wadda ya gonna do?

Issue #2 of MILLARD FILLMORE, MASTER OF STEAM is on the stands and was a bit of a challenge to get out not so much because of the work but because of the weather.  Over the past weekend here in Sonoma it was “Record Setting” hot. When I came out of work my poor lil’ Toauareg’s dash thermometer registered 114 Degree. Yeah that is hot.  When I went to do my normal evening inking and I opened the sliding door on the shop I might as well have been walking into a bread oven.  At times I feared for the very plastic from which my machines are made.

So it is on to Issue #3, which features MILLARD’s stalker, Turlow Weed.  Friends keep telling me to “pace myslef” on the illustrations but I am having trouble doing that.  I will say though that I have gotten more into the people and less into the tech/mech…which goes against the very precepts of Steampunk.

SO for the next few days I will be doing more mech….and some city stuff (Have I mentioned SCIENCE CITY, or NIKOLA TESLA? Apologies)…and some people too (skulking Thurlow need makes an appearance)…and not sleeping a whole lot.

What kind of tech you ask?  Well I expect Airships of some order will be involved, along with a lot of pipes, valves and boilers (who doesn’t love a good boiler on an airship suspended from a bag of flammable gas? EXCITING!). In terms of people there will be corsets and lace, a lot of straps and lace (the kids LOVE that stuff! Oh, and it is fun to draw). The thing about designing for STEAMPUNK is that the sky is the limit!

…I cannot beleive I sank that low, apologies.