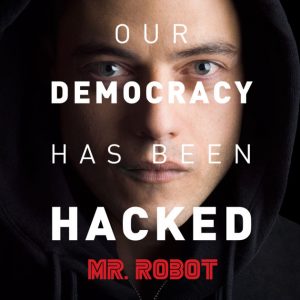 In 1979 Jimmy Carter was President, the country was just coming to its senses about Disco and I was looking for a new path in life.  My attempt at climbing the ladder to success as a racing driver had fizzled out due to the usual shortage of money and sponsorship, Initially I went back to school to finish up my drafting degree but my heart wasn’t in it. I had a new girlfriend who was so much smarter than me I was in awe and that made me sign up to go back to college.  At the same time I had to work so I went looking for a job in the only place I knew, racing. What I found would not only effect the course of my life but also gave me a unique perspective on the world we are living in today.

I go to work

The job I found was through my friend Mac Law with whom I raced Formula Vees. It was working for a company called MORGAN MOTORSPORTS NETWORK which was run by Dave Morgan. Dave was a charming guy and a bit of a savant in the ways marketing and how it related to racing in the future.  The “Network” Dave envisioned had two parts.

The first revolved around creating a group of professional racing vendors, builders, trainers and promoters who would work together directly towards a common goal of promoting racing as a sport. This would center on a series of Seminars where people would pay (large) sums of money to come hear professionals speak about how they got to where they are.

The second part of the network was the part that effected me most, which was developing effective ways to gather and compile demographics about the people who not only raced but ATTENDED races. In 1979 people were still leery of taking “surveys” so we Dave, Mac and I had long meetings about how was the best way to pry information out of people without them either being put off or indeed drive them away. Once we had a card in place we would put on out polo shirts and shades, go to the track, shake hands and hand out postage prepaid cards. Then we would wait.

The pot of information gold

Initially we were lucky for a f5% return. We would then calculate the data that we got into tabular pads (no computers, remember?) and do a postmortem on that card. We would tweak the questions and head out to another venue. After a year we were getting a return rate of around 30% which was pretty good. This was partially attributed to the questions on cards being tweaked and partially because people got used to our smiling faces and shaking our hands.  The former is refining our demographic model, the LATTER though is my first experience with SOCIAL ENGINEERING. As we became familiar faces people relaxed, when they relaxed they were much freer with the info they would pass on to us. It was exhausting but fascinating work, so much so that when I went back to university (right around the time MMN ran out of money) I changed my Major to Communications and media.