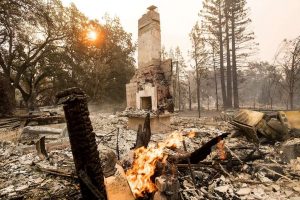 Awakened by a phone alert…that a family in Afghanistan had been rescued (thanks BBC). After my heart got back in place I stepped outside to find smoke a little thicker than yesterday but cool marine air and no wind to speak of for now.

Last night I got a taste of what “fake news” can do, in the form of a RUMOR (which is all that “fake News” is) when a friend who I like and trust texted me that my neighborhood was UNDER HIGH EVACUATION ALERT.  I didn’t know how tightly I have been wound until I got this text.  Since all of this started I have been maintaining an even strain, even in the face of an unending loop of disaster reports on KTVU, streaming aerial video of the remains of the Fountaingrove Neighborhood and such. When I got this news something sorta snapped.
I started sweating…
I got scared and paranoid…
I got al misty for all the memories that had happened in “this house”…
In short I became just the sort of American citizen that THE BOSSES want to cultivate, terrified and thus easily controlled. It took a lot of Pizza and Anime to get me over this, and back to human, but I am there…sitting in the dark…listening for sirens and waiting for sunrise.
Ja Ne

PS: IF YOU DO NOT KNOW IT TO BE A FACT DON’T PASS IT ON! ESPECIALLY OF THE PERSON YOU ARE PASSING IT ON! 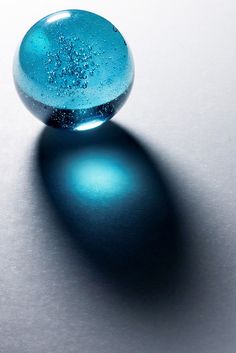 Actually no it wasn’t, I mean business was slow but Sonoma County seems to have emptied out for the holiday like a tube minty-fresh crest but that doesn’t mean that please surprises cannot occur. 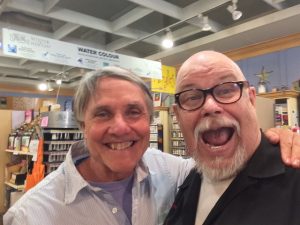 In my case my old chum, Ken Macklin, stopped past the shot on a sleepy morning to say hi and chat between customers. Ken and I have been out of touch for sometime until he dropped past this selfsame shop a couple of months ago so it wasn’t earth shattering to see his smiling puss but it was pleasent nonetheless.

Ken and I were “kids” (in our twenties) together in the early stages of our art careers. As part of a herd of incredibly talented artists (them, not me) we traveled up and down the West Coast doing Science Fiction convention and Comic Convention art shows.  We would get one room and pack it full of sleeping bags, hang our stuff up in the con art shows then cluster in an ever so bohemian fashion discussing what was new coming out of Japan (we had direct ties then that no one else had and Anime/Manga had yet to take hold in this country yet), whether JC Lyndeker could beat Dean Cornwell at Texas hold ’em (he totally could) and drinking what ever beer landed in front of us.

Now Ken is Grey and I shave my head so I am not but you know what, when we talk we might as well be at “WTFCON 42” in some unknown burg.  It was great. At this meeting I had my daily sketchbook so I drug it our for Ken to peruse, reviving an old ritual that most artists will recognize.  As he leafed through it’s pages he stopped one particular drawing, one I have noticed other stopping on.

It’s not a bad drawing but I think of it in stand artist terminology-“…more of the same old shit”. Ken smiled and made said he had always found more in my mech illustrations then in my organic stuff.  Not the first time I have heard that, by any stretch of the imagination, but it cast a bright light on decisions I had made in the past. See here is where I made another (stupid) conscious decision at the height of my career.  For years I had done mechanical art for games and illutrations and I found it boring, the old “Stanley Kubrick Been-There-Done-that” argument.  Ken’s kind comments just  threw more light on something I have been thinking.

If I want to get my career going again shouldn’t I be doing stuff I do well, effortlessly rather then trying to branch out in new directions where I am not so strong?

The answer seems kind of obvious, don’t it?